The Parques Reunidos Foundation collaborates with the endangered species breeding programs of the Ministry of the Environment and Rural and Marine Affairs by providing facilities and technical expertise.

During the current fiscal year, work will also be carried out with other conflictive species in collaboration with the CRAS (Soto de Viñuelas Wild Animal Recovery Center) participating in the control and collection of flower tortoises.

In addition, there is a collaboration with the Dirección General de Medio Ambiente de la Comunidad de Madrid y Department of Nutrition and Food Technology of the Faculty of Veterinary Medicine of the UCM in the program for the extraction of exotic freshwater turtles from the natural environment. The Parques Reunidos Foundation also collaborates in the captive breeding of European freshwater turtles, trafficking and seizures of black-headed turtles.

A variety of posters have also been installed at the Madrid Zoo Aquarium with information on the dangers affecting certain animal species. During the current fiscal year we will work with another emblematic species of the Peninsula's fauna: The Iberian lynx. 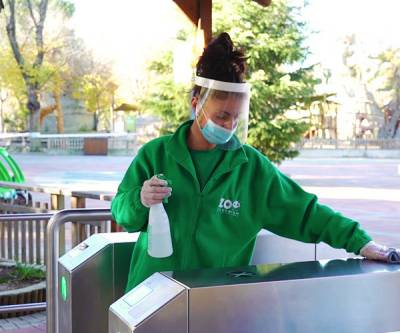